Before you start reading this, I want you to stop and have a look around wherever you are right now. Can you see a piece of plastic anywhere? It may not strike you at first, but almost everything we consume on a daily basis contains or has come into contact with plastic.

We owe the convenience of our lives in no small way to this material. Its versatile and low cost nature revolutionised the industries we rely upon, and as such has become entwined with our daily lives to the point of us barely noticing it’s there. But it is only recently that we have begun to comprehend the scale of its impact, and it is far from a cause for celebration.

It has been estimated that by 2050 plastic will outweigh fish in the ocean, the only alarm signal we should need. Glimpses of this reality are far from subtle, seen 1,000 miles west of San Francisco in the Great Pacific Garbage Patch – a floating mass of plastic twice the size of Texas.

Every single piece of plastic ever used still exists in some form or another, microplastics being one of the more harmful. These tiny fragments are what most forms of disposable plastic break down into. They have entered the food chain, causing harm from the bottom up. If the stunted reproduction cycle of members at the bottom of the ocean’s food chain doesn’t spark concern, the same plastic they ingest ending up on our dinner plates might.

It would be easy to become bogged down by the scale of this mess and continue consumption as usual, but few problems disappear when ignored. The lack of attention only gives them space to thrive. Plastic pollution is no different. With little inclination being displayed by those above, it is we as consumers who must create the demand for action.

That is why I chose to try a month without using plastic, prompted by a friends public initiative. I hope why I did this is clear, but how I did it and what I learnt may not be at this point. Allow me to elaborate.

Avoiding plastic is easy, at first

When embarking on this challenge, I thought it would be a breeze. I was already avoiding plastic bags, cups and bottles and I tried to buy loose fruit and veg when it was possible. How hard could it be? Little was I aware of the abyss that would open up before me.

My first trip to the shop to buy food for a long train journey was a revelation. I walked into a Sainsbury’s and was confronted with aisle upon aisle of food I’d usually buy, only it was locked away behind little plastic cages, far beyond my reach for the next month.

My purchases were reduced to an avocado, a can of baked beans and a loose pretzel, which I ate with a spoon I’d had the foresight to pack before I left the house. Did I forget to mention I’m vegan? Some might call it masochism. Fortunately, a 25% coffee discount in Pret for using my own flask saved me from annihilation. 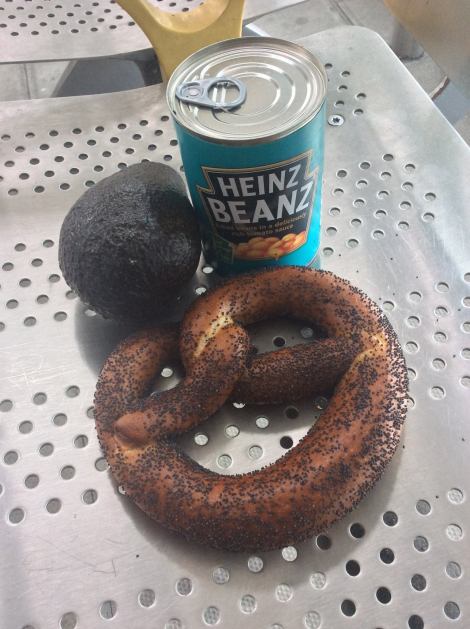 As the weeks moved forward, I avoided this situation by either preparing meals beforehand or leaving enough time to sit down and have a meal – the latter being a rare occurrence given the unhelpful combination of poor finances and questionable timekeeping skills on my behalf. This leads me to my second lesson.

This was one of the most important lessons. Simply dedicating an hour or two to visiting the local shops to gather as much loose produce as I could fit into my Bag For Life gave me a head start. This naturally lead me to support small, local and independent businesses too, which was an added bonus.

Luckily I was already in the habit of preparing my own meals before work each day, so I just carried on with this part as before, only now saving the time I’d spend opening each individually wrapped runner bean. But with all that said, I’d be lying if I said it all went smoothly.

Mistakes will be made

With any challenge, it is easy to see breaking the rules as a failure, no matter how unintentional. For many challenges, that is the case. If you’ve set yourself the challenge of running 20 laps around the perimeter of a park and you decide to walk across the middle of the park on lap 19 because you have sprained your ankle, you have failed. But is it as black and white for this particular challenge?

Take when I was given two straws with a smoothie as an example, those things Americans get through 500 million of a day. At this point, giving them back would just mean they’d be thrown in the bin without being used. Should I have had the foresight to say no straw when I made the order? Perhaps. But in this case, it is the learning curve that is important, not the mistakes.

Next time I’m ordering a drink, I will mark the server’s every step and stop them in their tracks as they reach for the straw. If there is one way to end a transaction on a sour note, this is it. But it’ll be worth it in the end.

This was clear the moment I refused my first plastic bag. The look of contempt I received was not unlike one I might have received for saying I’d been courting the shop assistant’s mother. If only it was possible to illustrate that their kind offering is one in five trillion bags used per year that may end up choking a turtle without sounding like an insufferable preacher. Better just to say no and let them do the maths.

It was an awkwardness I gradually became more comfortable with as I realised that the more people refuse unnecessary plastic, the more likely they are to think twice before obliviously shoving it in our faces as part of a socially constructed notion of customer service. Since the plastic bag tax was introduced in supermarkets, usage has fallen by 80%. That must count for something.

And on some days if I didn’t feel like that interaction, I’d simply avoid buying whatever item it is that I probably didn’t need anyway. Simple.

Although this wasn’t the main aim when I set out on this challenge, it turned out to be an effect nonetheless. Much of the packaged food we eat on a daily basis is in fact not needed. Avoiding plastic meant I was now focusing on the food I really needed rather than the crisps, chocolate and juices I frittered away my hard earned pennies on before.

If you can’t live without it, you’ll learn to make it from scratch

One word: houmous. The day this challenge started I knew I was going to have to resolve this loss. A quick Ecosia search revealed it to be easier, tastier and more plentiful than the measly shop-bought alternative after all. This month taught me that a few cans of chickpeas can go a long, long way. Praise the humble chickpea. 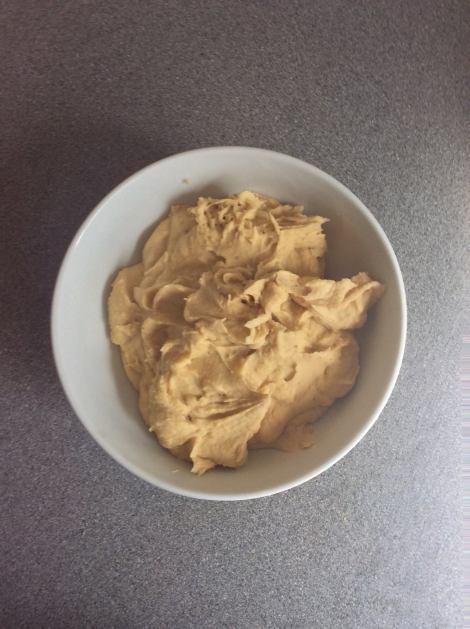 The same is the case for most packaged products – making it yourself is cheaper, tastier and better for the planet. The effort it takes soon becomes a habit and then you forget it was ever an inconvenience – just like the first day you ever prized a tomato from a plastic wrapper as a child and wondered why it was necessary.

You can’t celebrate the end of a challenge like this

This might be a challenge with a more flexible concept of rule breaking than most, but you’ll be thankful for that when you realise that there is also no way of celebrating the end of it without feeling incredibly guilty either.

There is no plastic party at the end. At best you’ll go and buy yourself a packet of crisps and sob into the empty wrapper as you realise that it is non-recyclable and may well end up in a dolphin’s stomach. You’re in this for life now, but it needn’t be so daunting.

There is no such thing as perfection

A challenge like this is enough to make you cringe every time you see a friend using a single-use piece of plastic. This is dangerous territory. Imperfection is woven into the fabric of human existence – everything we have ever known and been comfortable with has come at the expense of something, somewhere else. It is one thing to minimise the severity of this, it is another to become obsessed with cancelling it out altogether.

A vegan may be delighted with their choice to buy an apple instead of a chicken thigh. But then there is the issue of whether the apple is organic or not, and if not, which pesticides were used and how did they harm wildlife and the surrounding environment? And even if it was organic, how are worker conditions on this particular farm? And what about the insects that were killed in the picking process? Poor flies. By this logic, said vegan may as well curl up in the fetal position and wait for the soil to consume them. But they needn’t, because any step between the chicken thigh and perfection is a step in the right direction.

The same logic applies to avoiding plastic. Receiving a straw in your drink or having to use a plastic bag because you forgot your reusable one isn’t a failure or a reason to avoid doing it – it’s a step towards the goal of using less plastic and one more ripple sent out to a world where nature’s bounty is released from its plastic shackles and into materials that are kinder to the earth. The solutions are already here, all that is needed is a little investment and political will. It is our demand that will trigger this.

I decided to avoid plastic to push my own progression towards being more mindful of the decisions I make and the actions I take. I may go back to being less extreme than I was for this particular month, but the seed has been planted and has taken root. I’m never going to see a pot of houmous in the same way.